Writing Great Songs Won’t Get You A Cut 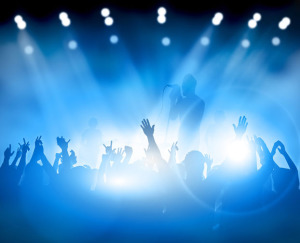 Did I get your attention? Are you reading this article thinking I’m going to bash the mediocrity of commercial music? Nope. This article is for those of you who want to make a living as songwriters and my goal is to give some perspective that might help you reach your goals.

I’m going to start out with an analogy. Supposing you want to buy a new pair of jeans. You go to a store that has a thousand pairs of jeans in it. But how many of those are going to be your size? And of the ones that are, how many are going to fit you perfectly? And of the ones that fit you how many of them are going to be really flattering to your particular body type? Of course, some of those are not going to fit your personal style and some will be a color you don’ t like or a fabric you don’t find comfortable. If you’re lucky you might end up with one or two pair that work for you, or you may just leave and go to another store.

Finding the right songs is like that for artists. They create their images through the songs they sing. The musical style and the message of the lyrics have to be a perfect fit. They need songs they can commit to 100% – songs they are so passionate about that, even when the bus has broken down on the way to a concert or they are sick or their dog just died, they can still get 20,000 people up on their feet singing along. When they listen to songs that get pitched to them it only takes one little glitch for  a song to get put into the reject pile, just like you might reject that perfectly good pair of jeans because you don’t like the stitching on the pockets.

Over the years I have seen a lot of good writers work very hard perfecting their craft and still not get cuts. Some of them become bitter about the industry and give up instead of accepting that they may not be writing songs that fit the current commercial artists or that their songs may not have ended up in the right hands at the right time yet.

I have also seen writers hang in there through years and years of rejection before finally hitting their stride. When Sam and Annie Tate were signed at Carnival Publishing I remember owner Frank Liddell telling that he loved their songs and he kept them on even though they never got the big money cuts. A couple years later they had three #1 hits in the same year.

One of them was a song called ‘Moments” that was ten years old. It was a great song the day they finished it, but it didn’t get cut until it ended up in front of a band in the process of looking for songs and they fell in love with it. And it wasn’t a hit until the promotion department at the label decided it was the best choice for a single, and radio programmers decided listeners would like it enough to put it in heavy rotation.

The writers who have the best chance of success are the ones who can produce a steady stream of cuttable songs, because that increases the odds of one of them being the right fit for an artist who’s looking. Writing with young artists who have star potential is also a great  strategy.  If you can spot the good ones and write with enough of them, one of them mighr get a deal. Then you won’t have to worry about how to get your songs to them, and they are likely to be a good fit.

I often hear people wonder why there are so many great songs in Nashville that never get cut. Part of the answer is that the supply greatly outweighs the demand. Also, just because a song is great doesn’t mean it will be great for every artist. If you plan to pursue this as a career, understand what you’re up against and settle in for the long haul. Writers who create  a steady stream of cuttable songs and don’t give up almost always get their day in the sun.