The Worst Place to Get Creative 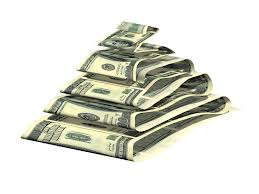 For most people, it’s part of our nature to be comfortable with structure. We want turkey on Thanksgiving and barbeque on the 4th of July. We want both of the headlights on our car to be identical. Artists in the fine arts often strive to push the boudaries of form and challenge our sense of structure. But if you are a songwriter who would like to hear your songs on the radio, you have a much better chance if you stick with standard song forms.

Standard song forms are recognizable, predictable patterns for organizing melodies. They have distinct sections that are the same each time you hear them but different from the other sections. There are a few set ways to arrange them that seem to have an innate logic that feels pleasing and satisfying to listeners. I can’t explain why they do, any more than I can explain why C F G C is such a satisfying chord progression, but I can tell you that in my classes and workshops I have analyzed hundreds of hit songs and rarely found one that doesn’t follow a standard song form, and those that don’t are usually a slight variation of a standard form.

These forms get used over and over because they work, and part of why they work is because they get used over and over. Listeners are familiar with them without even being aware of it. Hit songs play on the radio, and most people listen to the radio while they are doing something else. It’s easier for them to stay focused on a song if they know instinctively what’s coming next.

Even if you’re not convinced of the value of standard song forms, be aware that publishers, producers, record labels, artists and radio programmers are. You’ll find an occasional exception (George Strait’s “The Chair” and Band Perry’s “If I Die Young” for example) but as a developing writer it will be hard to find acceptance on Music Row if you abandon that formula.

Here is a list of the standard forms along with some guidelines for using them.

This is an old-fashioned folk song form. There are a few country classics that use it such as “Amarillo By Morning” and  “Something In Red” it but it is rarely used these days.

A bridge is a segment of the song that has a different melody than the verse or chorus. It comes after the second chorus and adds something fresh to help keep listeners interested.

This is a classic form that many old standards use, as well as a handful of contemporary songs. The term “middle eight” refers to the bridge in this song form.

In this variation the bridge usually has the same lyrics each time. The 4th verse can be a repeat of the first or third verse or it can have different lyrics of its own.

The pre-chorus creates a transition between the verse and chorus. Channel is another name for pre-chorus. Other names for it are climb, rise or lift because it is usually an ascending melody that builds up to a soaring chorus.

This form is called a rondo. Itoriginated with symphonic music but it occasionally finds its way into a pop or country song, such as “Good Morning Beautiful.”