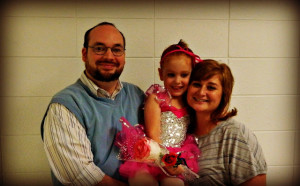 Imagine that you have gone to have dinner at the home of a couple whose little daughter is taking ballet lessons. Before dinner they bring her out in her tutu to dance for the guests. When she begins you think it’s the cutest thing you’ve ever seen. After a minute you’re ready for dinner. After five minutes her parents are still entranced.

Many songwriters refer to their songs as their “babies,” and many who are starting out don’t realize that other people don’t see our kids the same way we do. We have a natural love for anything we create, but as songwriters, the goal is to create something the audience will love. We might be enthralled by all 6 minutes of our song, but that’s too much for the attention span of most listeners.

Great songs grab our attention in the first line and hold it ‘til the last note. In order to do that, they don’t make the tempo so slow that listeners get restless waiting to hear what comes next. They rarely have more than two verses between each chorus. If the verses are long there is usually only one before each chorus. If a song has double verses or long verses it may work better without  a pre-chorus. In commercial songs you rarely hear the chorus more than three time, so a song with three verses probably won’t have a bridge.

Songs on the radio are almost always between 3 and 4 minutes. If they run over 4, it’s usually by just a few seconds. If you think every second of your 5 or 6 minute song is completely fascinating, chances are you are too close to your baby. But even if you don’t believe that, if you have any desire for commercial success, be aware that radio stations don’t like to play long songs and artists rarely cut them.